On a special flashback episode of the WRITER 2.0 Podcast, I pay tribute to Roger Hobbs: a brilliant writer, a good friend, and a former podcast guest. Roger passed away in November at the age of 28. I also announce a giveaway of Roger’s books.

Long-time listeners may have already heard this interview in July of 2015.

Find out more about Roger here and get all his books here.

Roger Hobbs discovered his passion for writing when he was very young. He completed his first novel (a dreadful science fiction book) at just 13 years old. His first play was produced when he was 19. He had his first publication in The New York Times at 20. He signed his first movie deal at 21, graduated Reed College at 22, and signed a book deal with Alfred A. Knopf at 23. By 24 he was an international bestseller, and by 25 he had been nominated for nearly every major award in crime fiction.

He wrote Ghostman, his debut novel, during his senior year of college and sent off the manuscript on the day he graduated. Ghostman has since been published in more than twenty-nine countries around the world and climbed numerous bestseller lists. In 2013 Roger became the youngest person ever to win a CWA Ian Fleming Steel Dagger. In 2014 he won the Strand Critics award and was nominated for the prestigious Edgar, Barry, and Anthony awards. In 2015, he became the youngest person ever to win the Maltese Falcon award. Booklist called Ghostman “a triumph on every level.”

At Reed, Roger majored in English. He studied film noir, literary theory and ancient languages. He wrote his thesis on the early mystery stories of Edgar Allan Poe, in an attempt to create a theoretical model for examining suspense. He loves to travel, gamble, and make snarky comments about bad movies. All of his friends refer to him by his last name, “Hobbs.” 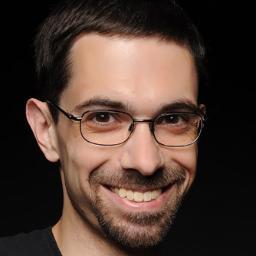 START THE CRIME BEAT WITH YOUR FREE EBOOK BY JOINING MY READER CLUB!